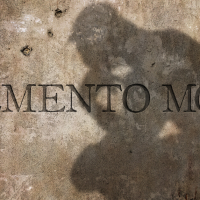 Most people try not to think about death and dying as much as possible. And this logic is understood—the uncertainty and finality of death can range from unsettling to paralyzing. While this is true, there’s actually a wing of ancient philosophy that teaches the opposite—that there are immense benefits to remembering that, one day, you will die. And it’s enjoying a resurgence in popularity.

Memento Mori: Remember, You Are Mortal

One of the primary meditations of the ancient philosophy of Stoicism is a concept called “memento mori” — which roughly translates in Latin as, “remember that you are mortal.”

If you heard this uttered by someone at a party, you’d likely think, “who invited this guy?” However, when the case for constantly reminding yourself that you’re going to die is given a bit more depth and context, billions of people for thousands of years have used this meditation in profoundly positive ways—often compelling them to do accomplish feats they otherwise would not have.

Even just a few hundred years ago, the average person’s relationship with death was starkly different than it is today. In the past, most people had some kind of personal and possibly even frequent encounter with the evidence of death—whether through war, workplace hazards, or disease that is now prevented simply by washing one’s hands. Today, unless one works in the medical field or the mortuary services, most likely rarely encounter death. Gone are the days of helping prepare a loved one’s body for an in-home wake. Those duties have been largely sterilized and delegated to the professionals.

And with the outsourcing of these lifecycle duties, most people rarely look death directly in the face. Due to this lack of familiarity with death, the very idea that they will die makes them shiver with fear. Others, however, are using the concept of “memento mori” to fuel their lives.

Why Meditate On Death?

It sounds so counterintuitive to want to focus on your own mortality. However, for many, meditating on their own mortality is often a helpful reminder to live.

“Reminder to live? How could I forget?”

Though many don’t feel like they need a reminder to live, the concept has been used to remind countless individuals throughout history and into today that their lives are often shorter than they think—using this motivation for meaningful action. Some use the symbolism “memento mori” not only as a reminder of death, but also to stop wasting time dreading the future, agonizing over the past, procrastinating in the pursuit of their goals, or holding grudges against others.

If “memento mori” still sounds fairly bleak, perhaps it can be best understood in the lyrics of a chart-topping country music song by Tim McGraw that exposed more to the positive side of “memento mori” than any work of art in modern history:

‘When it sank in

How's it hit you

When you get that kind of news?

I went 2.7 seconds on a bull named Fumanchu

And I loved deeper

And I spoke sweeter

And I gave forgiveness I'd been denying’

‘Someday I hope you get the chance

The purpose of “memento mori” is not to carry a dark cloud above one’s head, but to compel one to lead a rich life of purpose, perspective, and deeper relationships.

“You could leave life right now. Let that determine what you do and say and think.”

Cura HPC Hospice & Palliative Care is honored to serve the families of Oklahoma with the same compassionate and professional care we would (and do) provide for our own families. 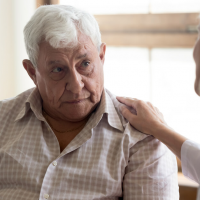 Helping care for loved ones with dementia often means attempting to manage their challenging behaviors. Often, the tiniest actions or changes in their environment can trigger negative reactions. In this piece, we’re going to look at how to begin to determine these triggers and spot patterns that will help you prevent negative behaviors.

Document the Clues Before Attempting to Analyze Them

Like investigating the scene of an accident, it is important to initially put aside theories or hunches about what caused a particular behavior. Instead, simply document the who, what, where, and when details that will help you determine the why.

You may want to take out a notepad or start a note on your mobile device to work through this process.

Step 1: Document the Behavior in Detail

Before we begin to backtrack to the trigger of the behavior, it’s important to document the behavior in detail. Think as though you were reporting the details of an incident you witnessed to the authorities.

Who: Who was present when the behavior began?

What: What happened around your loved one? What specifically did they say? What did they do? What did other people do? What did you do or say in response? Did that help or did it make matters worse?

Where: Where did the behavior take place? Which room? Which part of that room? Which pieces of furniture were nearby?

When: When did this occur? What day of the week? What time of that day? How frequently does this occur? How long does it last?

Now that you have the behavior or incident thoroughly documented, it’s time to do a similar practice of chronicling the moments leading up to that behavior.

Step 2: Document the Moments Before The Moment

Make a similar log of precisely what was happening the moments before the behavior was triggered. Paint the scene of the moments leading up to the negative behavior.

Look at all of the data you have collected and scenes you have painted. Instead of thinking about it from your perspective, look at the details from their perspective. Look for the patterns in what has changed. What may have changed from one moment to the next? Are these changes similar to each other before an incident occurs?

By now, you’ll likely begin to have theories or hunches about what may be causing the behavior. If you’re having trouble seeing the triggers, remember to look at the scenes you’ve painted from their perspective. Doing so may help you identify something you overlooked because it seemed insignificant to your unimpaired mind.

Once you remove or change these triggers, carefully monitor how your loved one responds. Don’t be surprised if the trigger was something seemingly insignificant or even silly.

Do they no longer have those loud outbursts?

Do they still respond, but differently?

Does their behavior actually get worse? (This is still useful information.)

Continue to monitor their reactions to changing triggers.

You Have Friends That Care

For additional resources or assistance in caring for loved ones with dementia toward the end of life, your friends at Cura HPC Hospice & Palliative care are here for you.